Here is my CIOT President’s Page in the February 2021 edition of Tax Adviser. I hope you like it…,

I was honoured and humbled to become the Chartered Institute of Taxation’s (CIOT) 56th President yesterday at a moving online handover event.  The event also featured a number of technical lectures and raised monies for the important ‘Bridge The Gap’ Tax Charities.. 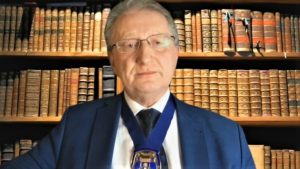 “Congratulations to Peter Rayney, the new President of CIOT.

Speaking at an online handover ceremony this afternoon, Peter said that revenue protection, consumer protection, and the reputation of the tax profession all demand that tax avoidance schemes are ‘stamped out’.

He welcomed last week’s government proposal that all tax advisers should be required to have professional indemnity insurance – as professional body members already do – to provide basic protection for their clients.

In the speech, Peter also:
* Praised Institute staff, volunteers and outgoing President Glyn Fullelove for their response to the coronavirus pandemic, thanking the Institute’s leaders for having ‘steered us through a potentially perilous year’;
* Said that while he ‘can’t wait’ for physical branch meetings to restart the Institute should respond to the success of its online seminars and debates by keeping these going beyond the pandemic;
* Promised the Institute’s continuing support to government and Parliament in their deliberations on tax reform.”

I was thrilled to represent the Chartered Institute of Taxation at the CIOT/IFS Tax Debate at the October 2020 Conservative Party Conference. Together with Financial Secretary to the Treasury – Jesse Norman – and a distinguished panel of tax and polling experts, we considered the ever evolving issue of Tax After The Pandemic.

The reported write-up of my contribution was as follows

“Peter Rayney, the deputy president of the Chartered Institute of Taxation, focused on the impact of the pandemic on the small and medium-sized business (SME) sector. He said that the economy had been ‘ravaged’ by coronavirus, and now was not the time to be looking at tax rises, particularly for the SME sector, which he said accounted for around half of the total job market.

He continued; “Generating tax revenues, as government has seen in the past, comes from economic growth and from the UK being seen as a great place to do business. As economies around the world begin to recover, I think it is very important that we do maintain our international tax competitiveness.”

He said that there were three steps that could be taken to maintain the competitiveness of the SME sector and support the tax base.

Firstly, Rayney urged the chancellor to follow the lead of his predecessor, Nigel Lawson, in simplifying the tax system. He lamented that the UK had one of the world’s largest and most complicated tax codes, which was a struggle to many small business owners and their advisers. This complexity could lead to innocent mistakes and non-compliance, which in turn could drain time and resources away from SME owners trying to run their business.

Secondly, Rayney called for greater certainty and stability within the tax system. He said initiatives – such as George Osborne’s Corporation Tax (CT) roadmap early in the 2010-15 coalition government and Ken Clarke’s decision to give advance warning of CT changes in 1994 – gave businesses greater confidence to plan for the future. He advocated a new post-COVID CT roadmap for business covering CT and employer NIC rates, as well as retaining the £1 million annual investment allowance which is due to be cut at the end of this year.

Lastly, he argued in favour of extended trading loss carrybacks for struggling businesses. Citing the chancellorships of Norman Lamont and George Osborne, Rayney said that both had introduced a three-year carryback system for losses during previous recessions, enabling companies to recover more tax that they had already paid in the past.

Rayney said that it would be ‘logical and sensible’ for the government to extend trading loss carrybacks for businesses impacted by the pandemic, enabling them to recover taxes paid in the three years from the 2017-18 tax year. “Yes, I know it costs money, but we do need this form of reform for struggling companies and their battered cash flows.”

Further commentary can be accessed at www.tax.org.uk/media-centre/blog/media-and-politics/no-hints-future-conservative-tax-policy-‘red-wall’-voters-are

I have posted my speaker interview for Accountex 2019 – enjoy… 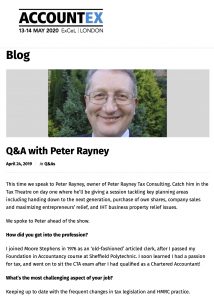 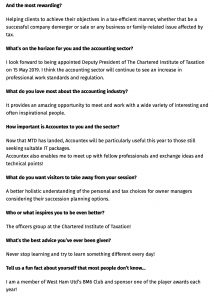 I was honoured and thrilled to become Deputy president of the Chartered Institute of Taxation (‘CIOT’) at this years AGM on 21 May 2019, which was held at One Great George Street, Westminster.

It was an immense pleasure to work with the outgoing CIOT President, Ray McCann (see below) 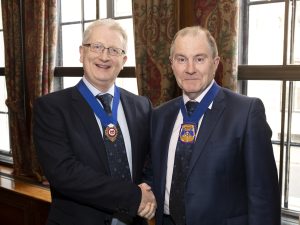 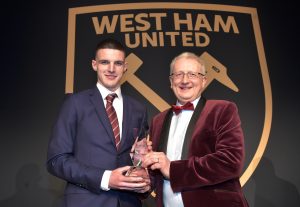 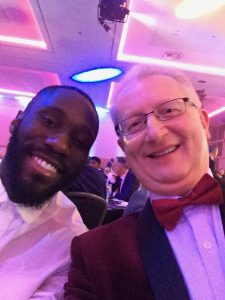 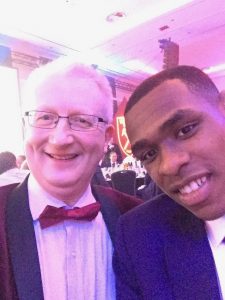 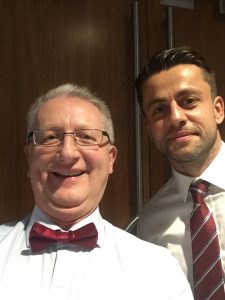 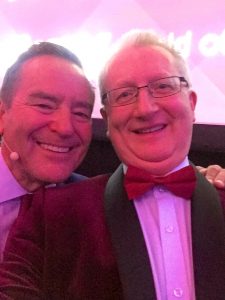 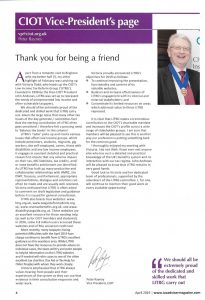 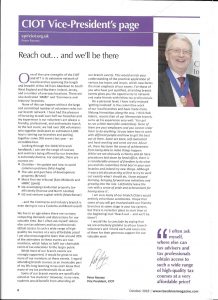