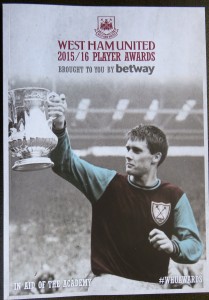 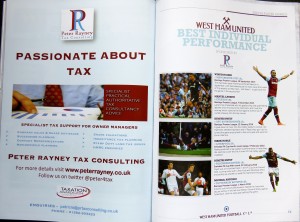 PRTC sponsors of Best Individual Performance of the Season Award 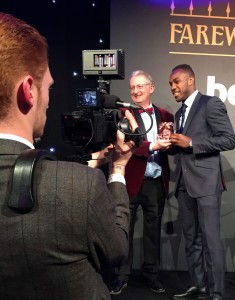 We were proud to support the West Ham Utd Player Awards again this year, sponsoring the ‘Best Individual Performance of the Season’, which went to Michail Antonio for his great all round performance in the FA Premier League 1-0 win over Spurs (see above).

All our guests said they had a fantastic night at the club’s Player Awards, which was held at the lavish Hilton on Park Lane.  After a brilliant season, there was a vibrant and jubilant atmosphere in the room as we celebrated the team’s and individual player achievements.

The evening was hosted by Sky Sports F1 lead commentator and lifelong hammers fan, David Croft. The irrepressible auctioneer Jonny Gould put in an indefatigable performance playing bidders off against each other to extract the maximum cash for the benefit of the West Ham Academy. 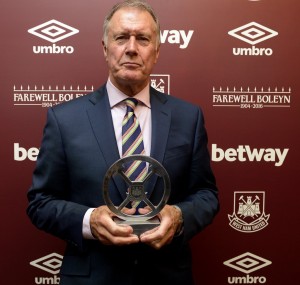 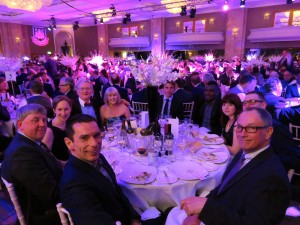 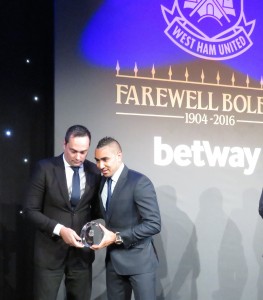 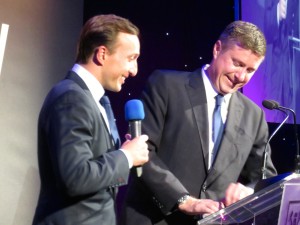 A word from ‘happy’ captain Mark

On a personal level, it was great to meet Slaven and many of the players and say ‘THANK YOU!’ for a great season – they all obliged with a selfie…here are a few of them! 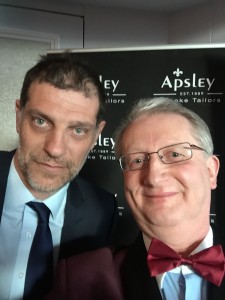 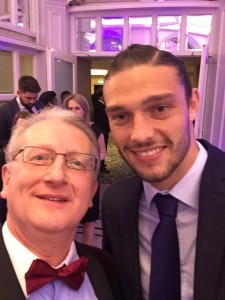 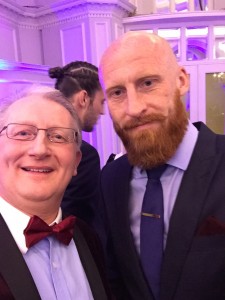