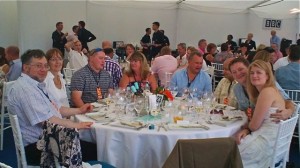 Most of our guests at the dinner table

Our clients and guests certainly had lots of fun at this year’s Radio 2 In The Park Concert (9 September 2012), aptly described as ‘a pop festival in a day’. There was a strong line up of acts appealing to all tastes and ages.  My personal favourites were Emile Sande, Paloma Faith, Rebecca Ferguson, The Average White Band and legendary rockers Status Quo. 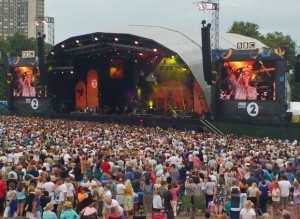 Of course, some of our guests (who shall remain nameless) were ‘wowed’ by Jessie J and the the headline act, Sir Tom Jones – it’s all a matter of personal taste! 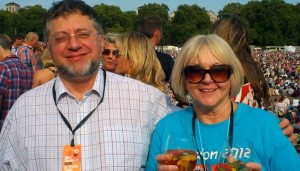 Victor and Patricia with Pimms in hand (x2)

Some of us loved the opportunity to talk and have our pictures taken with many Radio 2 celebrities, as shown below: 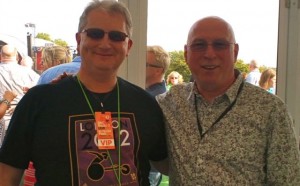 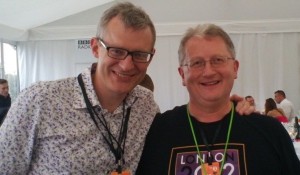 Jeremy Vine and Me

I seem to have an admirer...Moira Stewart!

We all had a thoroughly great time at the Tolleys Tax Awards 2012 at London’s Hilton Park Lane Hotel. The event, now probably the biggest event in the ‘Tax Calendar’, was attended by over 700 guests – a full house.

We had our own table of 11 for our friends and clients. We had been nominated for the ‘Best Single Office Tax Practice Award’, which was a great achievement in our second full year of practising.  Alas, we were unlucky on the night but maybe next year!

Many of our guests have already emailed to say how much they enjoyed themselves. The food was tasty (an achievement given the number of diners).  Our entertainer and raconteur, the comedian and actor – Marcus Brigstocke, was a great choice and very funny.  Marcus also presented the various tax awards to recognise excellence in the tax profession and it was great to see many of our friends take well-deserved awards, including Anthony Thomas – (President of the Chartered Institute Of Taxation) who received “The Tax Personality Of The Year Award”.

Some of our gathering then made their way to the post-awards casino entertainment (with  ‘paper money’), fairground attractions, and the live jazz band. Two of our guests, Paul Walden and Derek Nicol from The Flying Music Group, had a great run on the black jack table and Paul also excelled on the large scalectrix circuit!

We hope to be back next year…